“A Recordbreaking Month”: These Were The Best And Worst Performing Assets In November And YTD 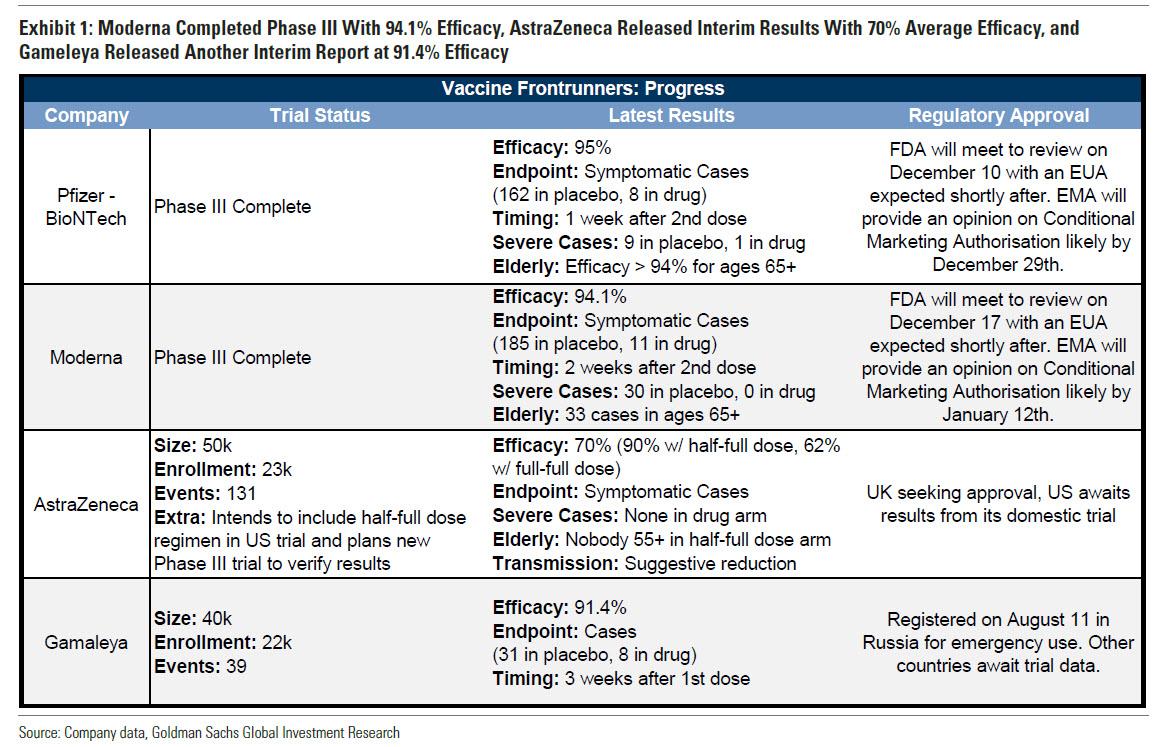 With stocks posting record returns in virtually all global markets, it will come as no surprise that according to Deutsche Bank’s Henry Allen, November was a great month for financial markets as 34 out of the 38 non-currency assets in the bank’s sample rose, which also means that 27 of them are now up on a YTD basis too. The major catalyst for this has been the incredibly positive vaccine news that’s come out in recent weeks, with 3 different candidates releasing results, and efficacy numbers at the upper end of expectations.

The vaccine news helped alleviate fears that society will have to learn to live with the virus on a more permanent basis – even though so far every reopening has been followed by an even more aggressive wave of new cases – offering hope of a much quicker return to normal than had been anticipated only a month ago.

Looking at the league table, risk assets led the way in November, with the STOXX 600 Banks (+30.2%), the Greek Athex (+29.4%) and Brent Crude (+27.0%) seeing the strongest performances in local currency terms. Another asset that performed strongly was Bitcoin, which was up +39.9% over the month and follows its +29.4% rise in October (although it is still not being represented on the DB visual asset summary). Meanwhile the STOXX 600 posted its strongest ever monthly performance in price terms, with a +13.7% rise.

The poor returns for precious metals in November meant that the NASDAQ is DB’s new YTD leader, with a +37.2% rise since the start of the year in total return terms. Indeed, the NASDAQ’s strength in 2020 comes off the back of it being the top performer in the sample over the entire 2010s, so it’s continued to show remarkable strength over many years. That said, it’s worth noting that in November alone, the NASDAQ actually wasn’t a relative outperformer, lagging behind a number of the other indices mentioned above.

In spite of some changes at the top of the YTD leaderboard, the overall picture has remained steady on a YTD basis. Brent crude (-27.9%) remains at the bottom of the sample, as it was in October, having been one of the worst-performing assets as global economic demand slumped with the pandemic and people actively sought to reduce their movement. In credit, IG has outperformed HY in both the US and Europe, and in FX markets, EM currencies have seen the worst performances.