A New Year Every Two Months? Year-End Celebrations Around The World

In August, Muslim countries rang in a new year on the Islamic calendar. 1442 AH will last from Aug 20, 2020, to approximately Aug 8, 2021 – twelve days shorter than the 365 days of the Gregorian year. The date set by Saudi Arabia is based on astronomical calculations of moon cycles and while many countries in the region follow the Saudis’ lead, others wait until they can spot the new moon themselves, causing slightly different observation dates for the holiday.

Like the Islamic New Year, Statista’s Katharina Buchholz notes that many regional new year’s celebrations rely on lunar calendars, causing their dates to vary each year in relation to the Gregorian calendar, which is based on one revolution of the Earth around the sun. Because the Islamic year is the only one which is significantly shorter than the solar year, the Islamic celebration is also the only one which can occur in any month of the Gregorian calendar.

Saudi Arabia until recently condemned new year’s celebrations on Jan 1 and only this year allowed fireworks to take place on the date for the first time. 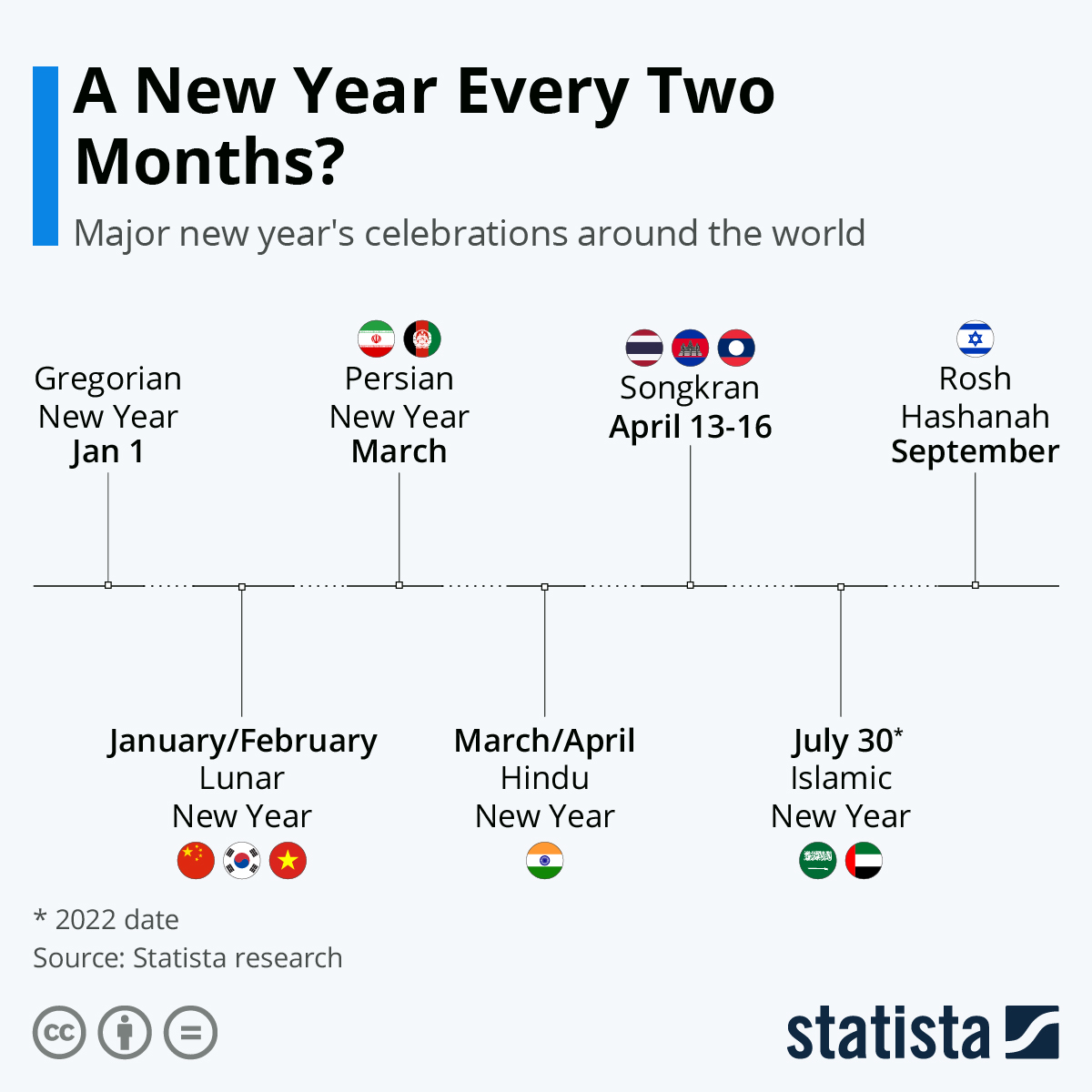 In Southeast Asia, Jan 1 and regional celebration Songkran coexists peacefully. Its date used to be determined by the lunar Hindu calendar, but has since received set Gregorian dates varying slightly by country for convenience’s sake. In India, the Hindu calendar’s new year is celebrated on various days in March and April depending on the region, while Jan 1 celebrations are also popular.

In China, where the lunar new year occurs in January or February, Jan 1 is a public holiday but rather insignificant compared to the massive Chinese new year’s celebration lasting seven days.